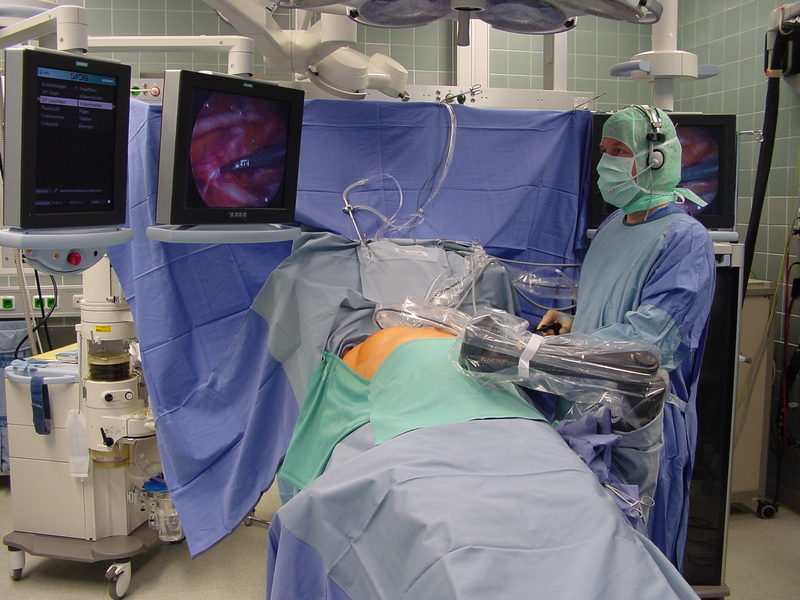 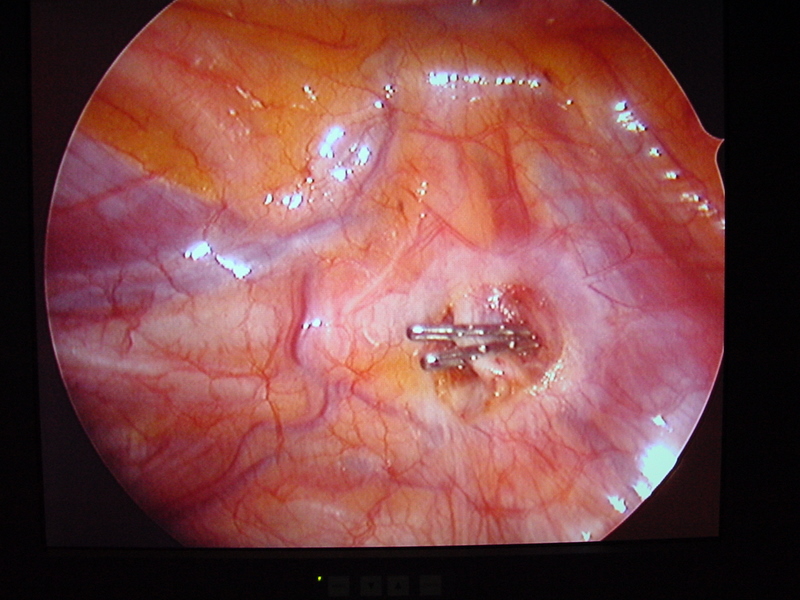 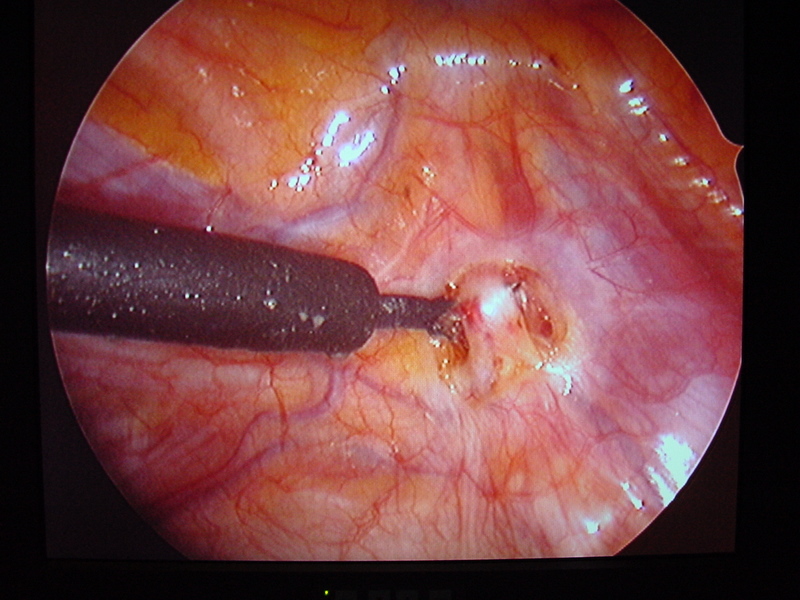 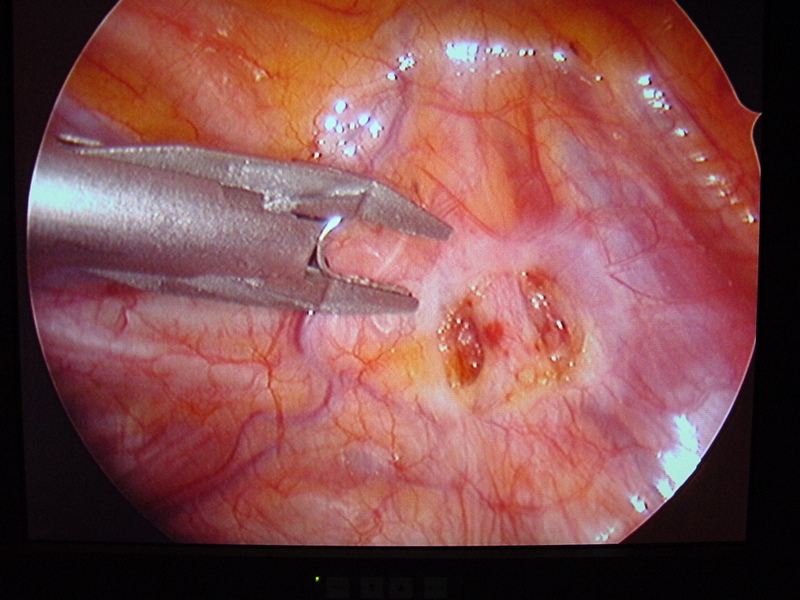 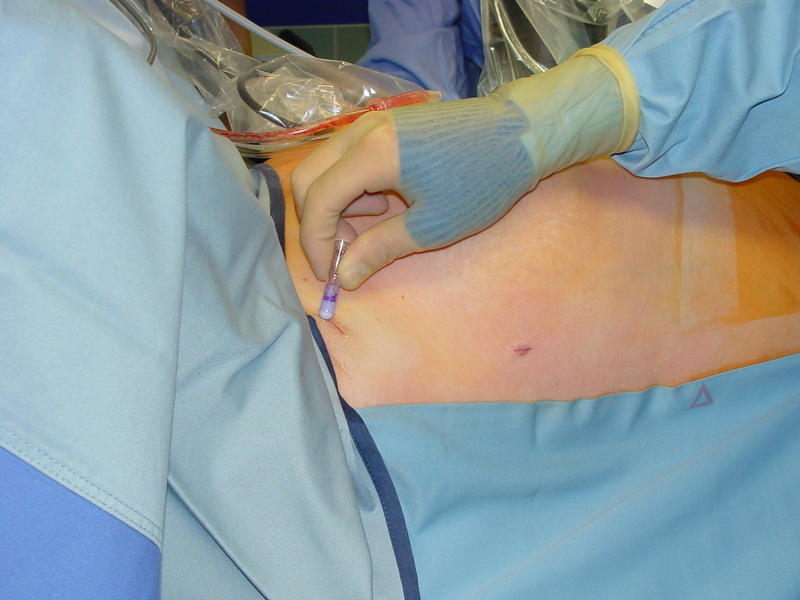 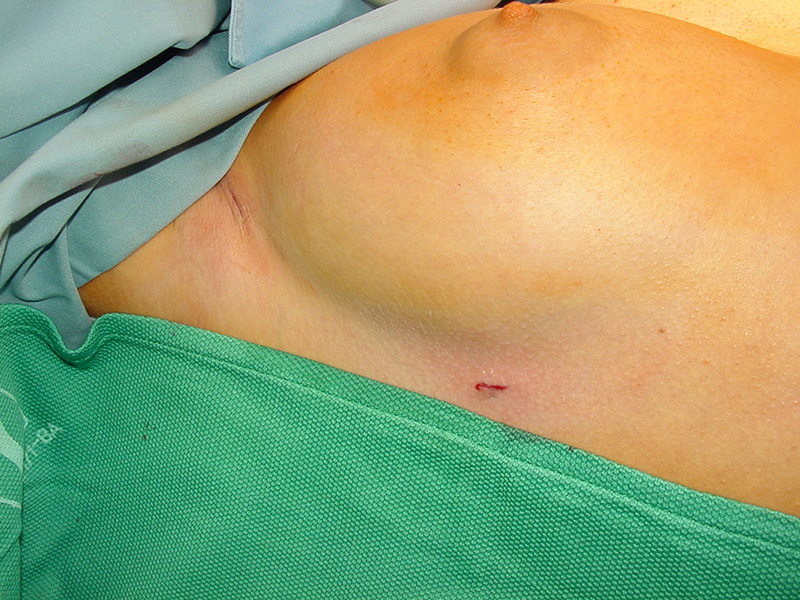 IIn the preparation room, one has to undress completely and then reaching up to the thigh stockings (to prevent thrombosis) and a rear open, tighten up to the knees reaching surgical shirt. From a surgical nurse will then create an EKG. The climate in the operating room is surprisingly loose and relaxed. Not everything is as sterile as in German hospitals and dispensed as a gift a sedative before the operation, you get everything with even aware of. While the final preparations were made, I could still talk to the doctors. In the operating room with you then lays back on the operating table. The arms are placed on the side to a suitable stand. While this column by Dr. Tarfusser be adjusted, Dr. Friedrich puts an IV needle in his right hand and the scrub nurse shaved the lower third of underarm hair. Then, the first anesthetic drugs are injected through the infusion needle into the body. One gets tired and falls asleep within a short time. The wake-up you get naturally with only in mental derangement. I can only remember that I was uncomfortably cold, and I trembled greatly. As I'm from the operating table back in my bed, I can not remember the best of intentions. It is immediately after the operation brought into his room and must not - as in Germany (in-) custom is, there are still some time for other patients in a sterile recovery room. In the aftermath of the nurses at regular intervals to measure blood pressure, pulse and fever. Although I had done before the surgery, Dr. Frederick pointed out that I suffered after my two previous surgery under general anesthesia (both in the nose and throat), severe nausea and vomiting, were also by him specifically for this purpose administered drugs ( a syringe and an infusion, which has more than two hours run time) does not prevent it from me this time after the surgery was miserable. To unpleasant fatigue (it is not restful sleep, because you wake up every five minutes) were joined by nausea and vomiting several times later (about six to seven times). It was a bit better than me were administered once a syringe and an infusion. Still, I could imagine five hours after the surgery is difficult to be able to leave the hospital the following day. The nausea and vomiting, however, seem to be an individual problem: